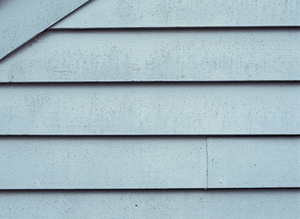 CAUSES: Mildew is NOT caused by paint. It is a fungus that grows on almost any organic surface including painted ones. Mildew discoloration, which resembles dirt, is actually caused by fungi feeding on oil contained in paints or on thickeners in latex coatings. Fungi also feed on nutrients in the substrate material, underneath the paint film.

Mold and mildew spores are microscopic and are found universally in the air, transported by the wind and atmosphere. These mold and mildew spores can remain dormant indefinitely until conditions are favorable for their growth. Lengthy periods of warm, moist conditions can activate these spores on what appears to be a perfectly clean surface. mildew-contaminated homes contaminate other homes in the area.

Moisture and warm conditions are the two most important factors in the growth of mildew. For this reason, mildew generally grows in warm, humid areas with poor air circulation. Thick shrubbery planted in front of a painted surface can hinder air circulation and block out sunlight, making a perfect environment for mildew to growTo determine if mildew is present, drop a small amount of household bleach on the discolored surface. If mildew is present, bleach will destroy the fungus and whiten the surface. If the discoloration is simply dirt, the bleach will have no effect.

SOLUTIONS: The mildew MUST be removed before the painting process begins. Painting over a mildew-laden surface guarantees mildew's return. Mildew will grow through any paint film very rapidly, and correction may well then require complete removal of the coatings. All mildew-stained surfaces should be washed with a solution of one to two cups of household bleach per gallon of warm water shortly before painting. Commercial mixtures for washing the surface are also available from your local independent dealer.

load more hold SHIFT key to load all load all